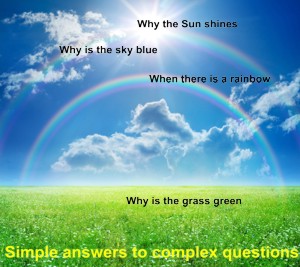 Touch method with ten fingers is based on the assumption that every finger "knows" its position and keys which it hits. That is why one should memorize from the very beginning the location of corresponding fingers and letters which they type. One cannot memorize the entire keyboard at a glance. It consists of several parts - rows. From the four rows of the keyboard the main one is accepted as the second row from the bottom. This row should be learnt first. It is this row from the keys of which we begin "the jumps" of fingers to keys of the other rows.


To fascilitate "hitting" the main position, on keys f and j small projections exist. Thus holding index fingers on these keys automatically secures the starting positions for the other fingers.


The exercises are based on multiple repetitions of specially chosen words and phrases which consist of only certain letters belonging to a corresponding row of the keyboard. Meanwhile fingers should be kept in the starting positions. The tips of the fingers slightly touch the keys without any excess pressure. Hands should be relaxed; one needs to have hang-loose movements, a comfortable and natural posture while sitting. The exercises are given according to a new and rational system allowing the fingers to masterfully familiarize themselves in space and, - which is the most important thing, - all the ten fingers become enabled. The exercises are built on the basis of easily rememberable words.


The exercises begin from so called gammas composed from the letters of a row being learnt. And this is of utmost importance.


One must begin doing exercises using letter combinations and words from the moment of acquiring a proper stock of words learnt. But simultaneously one must continue to practice typing separate letters. This is an essential prerequisite of your success. After fulfilling a certain complex of exercises a test will be given. While doing exercises every letter is pronounced aloud, which is to betyped, including the space key.


The exercises should be done without haste, diligently, paying special attention to the correct hands positioning relative to the keyboard, to the tecnique of a rythmic, snappy, not very strong hits and hitting accuracy in accordance with necessary alphabetic keys.